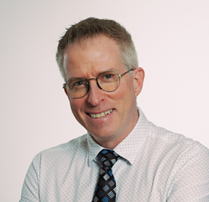 Dr. Carpentier is the Canada Research Chair in Molecular Imaging of Diabetes and professor and endocrinologist-lipidologist in the Departments of Medicine, Faculty of Medicine at the Université de Sherbrooke. He is also the co-founder of the Province of Quebec Research Network on Cardiometabolic Health, Diabetes and Obesity (CMDO Network) and its director from 2012 to 2021. He is the co-lead of Diabetes Action Canada Training Group. He his the Scientific Director of the Centre de recherche du Centre hospitalier universitaire de Sherbrooke (CRCHUS) since December 2020.

His research interests include: 1) the role of postprandial fatty acid metabolism in the development of type 2 diabetes and cardiovascular diseases; 2) the investigation of brown adipose tissue metabolism in humans; and 3) the anti-diabetic mechanisms of bariatric surgery. Dr. Carpentier has published more than 160 peer-reviewed manuscript publications cited over 13,000 times (H index 51). He is the recipient for multiple awards, including the 2011 Diabetes Young Investigator Award of the Canadian Society of Endocrinology and Metabolism, the CDA/CIHR Young Investigator Award in 2012 and the Canadian Lipoprotein Conference Physician-Scientist Award in 2014. He has been elected Fellow of the Canadian Academy of Health Sciences (FCAHS, 2015).