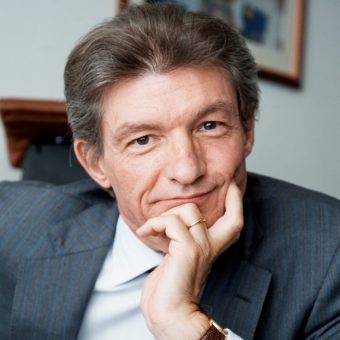 Luc Van Gaal studied medicine at the University of Antwerp, where he graduated in 1978. He obtained a specialist degree in internal medicine and afterwards in endocrinology and metabolism in 1983.

Since then, he has become responsible for the Metabolic Unit at the Antwerp University Hospital. In 1992 he became Professor of Medicine at Antwerp University and head of the department of Endocrinology, Diabetology and Metabolism until 2017.

He is currently -as an emeritus professor- honorary consultant at the department of Endocrinology, Diabetology and Metabolism of the Antwerp University Hospital.

Professor Van Gaal’s main clinical and research interests are related to obesity, type 2 diabetes and lipid metabolism. He is a member of many scientific, national and international societies and a member of the Editorial Board of a series of scientific journals.

He participated to and/or featured as (country) coordinator or principal investigator a number of clinical (outcome) trials in the field of obesity and diabetes. He is also involved in a number of EU consortia for metabolic diseases, NAFLD and NASH in particular.

He has published as author or co-author more than 400 papers in international medical journals, mainly in the areas of general endocrinology, obesity, diabetes, NAFLD and lipids and has contributed to a number of textbooks about obesity.