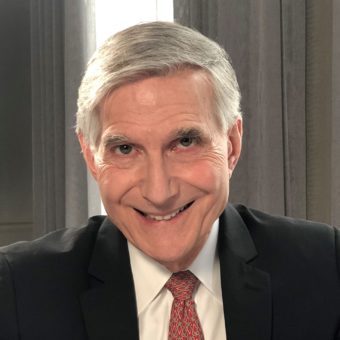 Peter Libby, MD, is a cardiovascular specialist at Brigham and Women’s Hospital in Boston, Massachusetts, and holds the Mallinckrodt Professorship of Medicine at Harvard Medical School. He served as Chief of Cardiovascular Medicine at BWH from 1998 – 2014. His areas of clinical expertise include general and preventive cardiology. His current major research focus is the role of inflammation in vascular diseases such as atherosclerosis. Dr. Libby has a particular devotion to translate his basic laboratory studies to pilot and then large-scale clinical cardiovascular outcome trials. He instigated and helped to lead the large scale Canakinumab Anti-Inflammatory Thrombosis Outcomes Trial (CANTOS) that provided clinical validation of the role of inflammation in atherosclerosis. His h index is 230, with over 240,000 citations.

Dr. Libby has received numerous awards for his research accomplishments, including the Distinguished Scientist Award for Basic Research, American College of Cardiology in 2006, the Gold Medal of the European Society of Cardiology and the Basic Research Prize of the American Heart Association in 2011, the Anitschkow Prize in Atherosclerosis Research of the European Atherosclerosis Society in 2013, and the Special Award of the Heart Failure Association of the European Society of Cardiology in 2014. He has received a number of lifetime achievement awards from various organizations. He was the laureate of the Ernst Jung Gold Medal for Medicine for 2016, and in 2017 he received the Earl Benditt Award from the North American Vascular Biology Organization. In 2018 he received the Arthur S. Agatston Cardiovascular Disease Prevention Award from the Society of Cardiovascular Computed Tomography. In 2019 he was honored with the Research Achievement Award of the American Heart Association, and is the recipient of the 2020 Paul Dudley White Award of the American Heart Association.

Dr. Libby’s elected professional memberships include the Association of American Physicians, the American Society for Clinical Investigation, and honorary memberships in the British Atherosclerosis Society, the Japan Circulation Society, and the Japanese College of Cardiology. He has served as the President of the Association of University Cardiologists. He is the President Elect of the International Atherosclerosis Society. He also has served in many roles as a volunteer for the American Heart Association, including chairman of several research committees and member of the executive committees of the Councils on Arteriosclerosis, Circulation, and Basic Science. He presided the American College of Cardiology’s Research Allocations Peer Review Committee for two terms. He has frequently consulted for the National Heart, Lung, and Blood Institute, including a 5-year term on the Board of Scientific Counselors. He directed the DW Reynolds Cardiovascular Clinical Research Center and two cycles of Leducq Foundation Awards, and has received continuous funding from the US National Heart Lung and Blood Institute (NHLBI) for several decades.

An author and lecturer on cardiovascular medicine and atherosclerosis, Dr. Libby has published extensively in medical journals including Circulation, Journal of Clinical Investigation, Proceedings of the National Academy of Sciences, New England Journal of Medicine, and Nature. He is the Editor-in Chief for the 12th edition of Braunwald’s Heart Disease, and Dr. Libby has also contributed chapters on the pathogenesis, treatment, and prevention of atherosclerosis to many editions of Harrison’s Principles of Internal Medicine. He is an Executive Editor of the European Heart Journal, and Associate Editor of the Journal of the American College of Cardiology Basic to Translational Sciences. He has held numerous visiting professorships and delivered well over 100 major named or keynote lectures throughout the world.