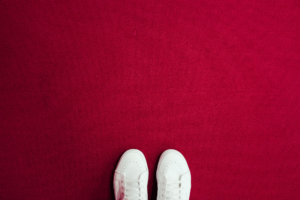 It is well documented that regular physical activity is associated with a lower risk of morbidity and mortality related to chronic diseases such as cardiovascular disease, type 2 diabetes and pulmonary diseases. Furthermore, a physically active lifestyle also considerably improves quality of life. As a very simple measurement of physical activity, daily step count has been largely promoted with a goal of reaching 10,000 steps per day as such level is associated with considerable health benefits. As this target is not based on scientific evidence but rather a convenient number to promote, an initiative called The Steps for Health Collaborative sought to determine the dose-response association between the number of steps per day and all-cause mortality.

A total of 15 studies were selected which included 47,471 adults followed for a mean of 7.1 years during which 3,013 deaths occurred. When individuals were classified into quartiles of daily step count, all-cause mortality rates reduced by 40%, 45% and 53% were observed in individuals of quartiles 2, 3 and 4, respectively compared with the lowest quartile. The relationship between the number of steps per day and all-cause mortality was similar between men and women but varied by age. For instance, among adults aged ≥60 years, a reduction in all-cause mortality was observed as a function of increasing daily steps until approximately 6,000 to 8,000 steps per day. Among individuals <60 years, a plateau in mortality risk reduction was observed at around 8,000 to 10,000 steps per day.

These recent data should guide public health authorities in their messages to promote a physically active lifestyle, particularly for the elderly population. One step at a time, the data show that health benefits are obtained below the widely promoted 10,000 steps a day recommendation.