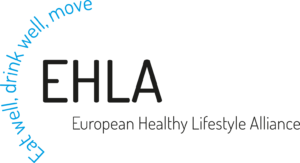 Obesity is one of the biggest threats to public health worldwide. Efforts to tighten the belt on “the epidemic of the 21st century” should be top priority for all concerned, the European Union (EU) included. On September 16, 2015, European Healthy Lifestyle Alliance (EHLA) members met during a Strategy meeting in Brussels to exchange on the latest data and to call on the EU to move to action.

EHLA wants to underline that obesity is a marker of poor lifestyle habits (low nutritional quality and lack of physical activity). Furthermore, abdominal obesity is the most dangerous form of obesity. More than 50% of the population in Europe is overweight while more than 20% is obese. Obesity is becoming one of the leading causes of death and disability. More people die from the consequences of physical inactivity than smoking. Obesity, particularly abdominal obesity, can lead to a variety of chronic diseases such as type 2 diabetes, cardiovascular disease and some forms of cancer.

Europe is dealing with costly lifestyle diseases which represent a huge burden for the society and the economy. At the EHLA Strategy meeting, Marc Tarabella, MEP, underlined that a sedentary lifestyle does not only constitute a huge risk to people’s health, it also has an enormous cost for society. Dr. Martine Duclos, a physical activity expert from the Hospital Clermont-Ferrand University, stated that physical inactivity in Europe accounts for 1.5% to 3% of total healthcare costs. Moreover, Professor Jean-Pierre Després, Scientific Director of the International Chair on Cardiometabolic Risk, stressed the need to create permissive environments in order to break the silos between clinical research focusing on individuals and population-based approaches.

Through a simple set of lifestyle changes (eat well, drink well, move), a large proportion of these diseases could be prevented. Participants to the meeting agreed that Europe has an important role to play, especially when it comes to raising awareness, education and sharing best practices. Concrete recommendations and accessible tools are needed for this to be effective. It is crucial to support EU leaders in translating the scientific evidence into practical tools. Europe can no longer afford to sit still. By moving Europe to action, we can save both lives and money and improve the quality of life and health of European citizens.