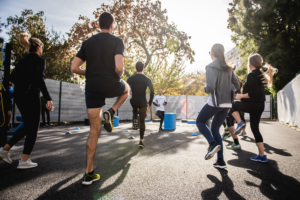 Cardiovascular disease (CVD) as well as cancer are two major causes of mortality worldwide. Despite the pharmacotherapies and increasingly specialized techniques available to the medical community to manage these chronic diseases, it is also important to intervene upstream in order to prevent their development. Adopting a healthy and active lifestyle, which benefits in the prevention of chronic diseases are well documented, is an excellent way to achieve this. Moreover, regular endurance exercise is associated with a favorable level of cardiorespiratory fitness (CRF) which, in turn, is predictive of longevity.

Results from this meta-analysis further emphasize the importance of measuring and targeting CRF to improve the prediction of all-cause, CVD, and cancer mortality. CRF must now be considered as a vital sign on the same basis as traditional risk factors such as blood pressure or cholesterol levels.