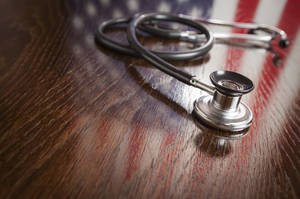 By law, the U.S. government is required to publish a new version of its dietary guidelines every five years and they have being doing so since 1980. These guidelines never go unnoticed as they influence the advice given by doctors and other health professionals to their patients, the composition of school and other public institution lunch programs as well as national food assistance programs. The 2015-2020 guidelines have been released on January 7, 2016. About a year ago, the publication of the Scientific Report of the 2015 Dietary Guidelines Advisory Committee (DGAC) had placed the bar quite high stating that they hoped to provide guidance for establishing a “culture of health” by making “healthy lifestyle choices easy, accessible, affordable and normative”. While the new guidelines have made a few updates that were expected such as removing limits on dietary cholesterol and aligning the recommendation of sugar intake reductions to that of the World Health Organization [<10% of daily energy intake], some new recommendations, such as the suggestion to boys and men to limit protein intake, were not. Overall, the bulk of the recommendations of the guidelines and the philosophy behind them have not changed much over the past 35 years.

Many expected a paradigm shift in the guidelines approach, for instance by providing advice on food items and dietary patterns instead of focusing on macro- and micronutrients. While this shift was more or less observed for what is considered as a healthy eating pattern (eat more vegetables, whole fruits, whole grains, low-fat dairy products, oils and lean meats, legumes, fish and seafood, etc.), recommendations related to unhealthy dietary patterns mostly rely on macronutrients. For instance, instead of clearly suggesting a reduction in red and processed meat intake, a reduction in saturated fat intake was proposed. Also, instead of clearly suggesting a reduction in processed food intake, reductions in trans fats and sodium intakes were suggested. Instead of calling for a reduction in sugar-sweetened beverage intake, they called for reductions in added sugars. In opposition to the new dietary guidelines, the 2015 Scientific Report of the DGAC had clearly stated that a healthy dietary pattern is characterized by low intake of red and processed meats and low intake of sugar-sweetened foods and drinks.

One of the most innovative recommendations of the 2015 Scientific Report of the DGAC was based on near- and long-term sustainability of healthy dietary patterns. The Report claimed that healthy dietary patterns higher in plant-based foods and lower in animal-based foods lead to better environmental outcomes such as lower greenhouse gas emissions and more favourable land, water and energy use compared to the typical American diet. The environmental impact of dietary patterns was, however, not considered in the 2015-2020 guidelines. Therefore, the idea of a culture of health that the 2015 Scientific Report of the DGAC wanted to put forward by providing guidance and dietary patterns that could target food security and the environment while improving the global health of Americans is not reflected by the new guidelines.

That being said, there is little doubt about the fact that people who adopt eating behaviours based on the new guidelines are likely to be healthier than people who consume the current American diet. But for people to adhere to these guidelines, they will have to be more user-friendly, for instance by clearly identifying what is a healthy eating pattern and what are the food items Americans need to eat less. Suggesting dietary patterns that also reflect the values of the population could also help follow them. Time will tell if the addition of the new suggestions on top of the older advices will lead to significant changes in the American diet and health outcomes.